Thanks to partnerships between the United States Geological Survey (USGS), the National Weather Service (NWS), and local sponsors, we have access to approximately 3,655 real-time forecast points across the Country. These forecasts are vital for residents and communities to respond to flood events to ensure the public’s safety. 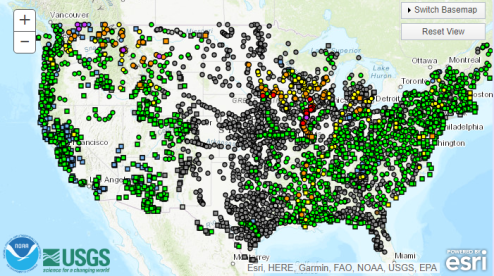 All gauge graphs look similar across the Country and are developed by the area NWS Forecast Office. Along the lower portion of the Brazos River, we rely on the West Gulf River Forecast Center (WGRFC) to produce the forecasts including the gauge point at Richmond. Below is a explanation of the different sections of the forecast graphs. 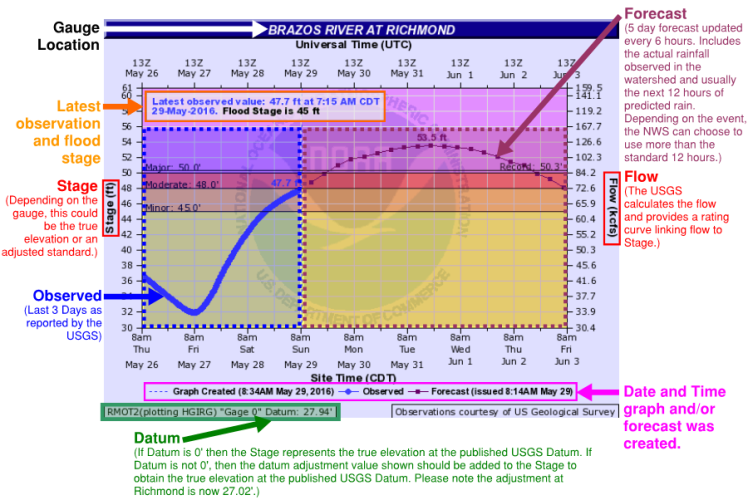 Included in the graphs are the NWS flood stage categories, which are defined as: 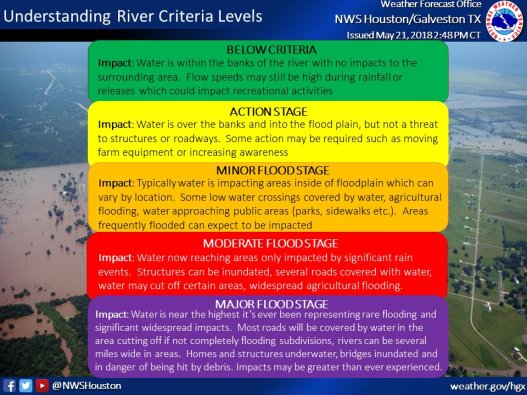 The biggest questions related to the graphs are about the data included in the forecasts and how the “Stage” relates to elevation.

The most misunderstood part of the graphs includes the Stage. Due to the age of the gauge point at Richmond, the USGS still uses an adjusted value for water surface readings. It is not the depth of water nor, in many cases, is it the true elevation at the gauge location. In the lower left corner of the graph, you will see what adjustment is needed, if applicable. As examples, here are the adjustments for the Richmond and San Felipe Gauges.